Images of the social and economic world

This map depicts the Gross domestic product and so the shapeas of the countries depict the data. See kore maps of this kind at http://www-personal.umich.edu/~mejn/cartograms/ 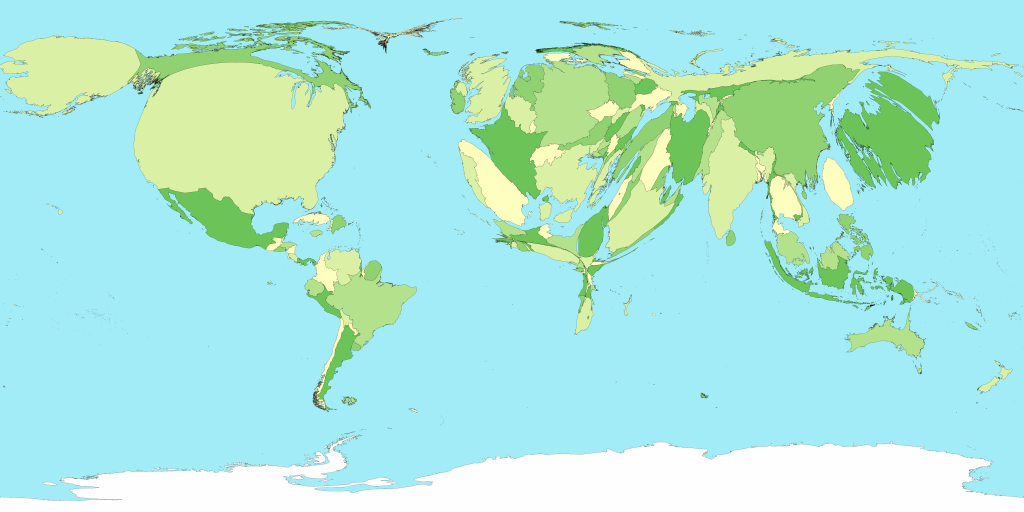 'Too often, where we need water, we find guns instead.' BAN KI-MOON, U.N. Secretary-General, urging world leaders to put the looming water-shortage crisis at the top of this year's global agenda

Commentary : When I went back to India after a 3 year assignment in Moscow in 1992, India's Economy had been opened and a lot of Multi National Companies had returned to India.  And literally I saw in villages you could get Pepsi even if you did not get drinking water.