Nostalgia - V.S.Naipaul and India - A Land of 171 Million Mutinies 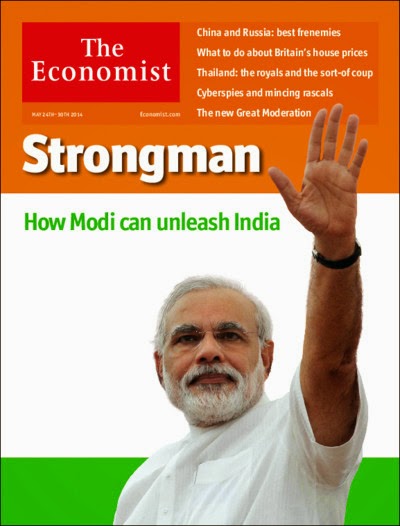 India will swear in it's next Prime Minister Narendra Modi and the Economist featured him on the cover this month with the words - " An Indian growth miracle would be a great thing not only just for Indians, but also for the world"

I  listened to this story on NPR yesterday  "A Look At India's New Leader, Through The Lens Of Literature" by Akash Kapur author of  India Becoming: A Portrait of Life in Modern India.

Akash mentions a book by V.S. Naipaul "India: A Million Mutinies Now" that he read 24 years ago. This brought a lot memories back to me. I met V.S.Naipaul when he stayed at the Hotel Ashok, in Bangalore where I worked in the late 1980's when he was researching this book. One of my good friends M.A.Deviah, at that time a journalist for The Indian Express introduced me to V.S.Naipaul and he is mentioned in Naipaul's book several times.
I am glad Akash Kapur mentioned V.S.Naipaul's book and brought these memories back. I like what Akask Kapur says about the recent Indian elections and the results in the NPR story.


"On Monday, Narendra Modi will be sworn in as India's prime minister. His rise to power is a remarkable story. A former tea vendor who speaks poor English, Modi is a distinct outsider to India's political and cultural establishment. His election signals the extent to which India is shedding its old hierarchies and class barriers, becoming a more meritocratic society.

In many ways, that idea — a sense of self-confidence, of individual self-expression — has found shape in Modi's election. Modi's success signals to millions of marginalized Indians that their aspirations are attainable."

What will happen next only time will tell.
Posted by Shashi B at 10:52 AM

Hi my loved one! I want to say that this article is amazing, great written and include almost all vital infos. I would like to peer more posts like this . https://royalcbd.com/product/cbd-oil-1000mg/