Replies.  mp3
A few weeks ago Wall Street Journal speculated about this and now its happened. I read about it in the Washington Post today and USA today has the story here http://www.usatoday.com/travel/flights/item.aspx?type=blog&ak=54454312.blog,
I could not have said it better than Henry Harteveldt, airline industry analyst at Forrester.

" he thinks United's changes "are flat-out stupid." Harteveldt thinks any savings United gets from cutting business-class meals will be more than offset "when corporations yank business. The challenging thing about business is that whether things are good or bad, you have to invest in your product for the sake of keeping customers and to make it harder for competitors to catch up with you. This does nothing to encourage people to pay more because you give more. They really make me question whether the inmates have taken control of the asylum," he tells the Chronicle. "

I am very slow to catch up on movies and that is evident because I saw "The Great Debaters" only today. Movies that make you go back and search for the real character are really moving.  I came across this article in the Marshall Texas messenger http://www.marshallnewsmessenger.com/featr/content/features/greatdebaters/farmer.html?cxtype=rss&cxsvc=7&cxcat=5 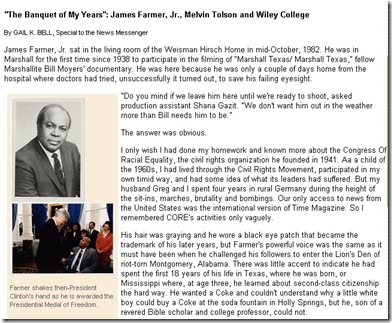 The move is directed by Denzel Washington himself and co-produced by Oprah Winfrey. The story made a strong impression on me as I did not hear of this story before. I need to look up Marshall Texas and see if I can find the original transcript of the debate. At least in the movie the Wiley team quotes Gandhi and also the events that lead to the Jalianwala Bagh Massacre . Many websites have said that the debate that made the news was with USC and not Harvard.

I did see if any of the members are still alive but New York Times reports http://www.nytimes.com/2008/03/12/us/12wells.html that Henrietta Pauline Bell the last surviving member of the victorious debate team passed away in March of this year.

I salute you Melvin B. Tolson

NPR Review of the movie: http://www.npr.org/templates/story/story.php?storyId=17584622 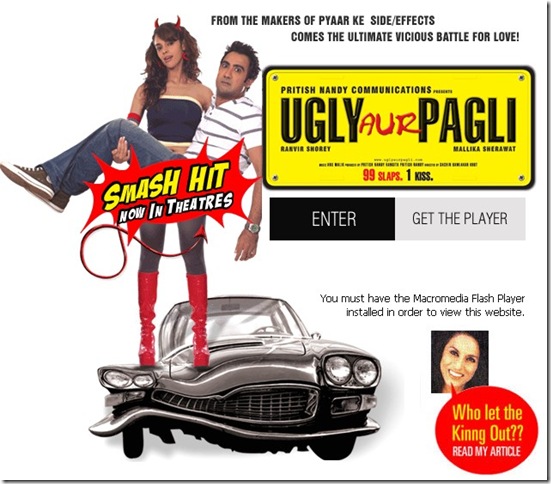 I remember Pritish Nandy as the Editor of Illustreated Weekly of India 1983 when he made several changes to bring the Weekly magazine forward. I always liked the films he made and Jhankaar Beats being the top. Movies like Hazaaron Khwaishein Aisi may not have been a mainstream success but were a masterful depiction of the different periods that India went through in the last 40 years. Ugli aur Pagli was absolutely entertaining. A light movie that took the theme of girl meets boy and presented it with the society as it is in India today where youngsters and specially girls drinking in no longer taboo. This could not have happened in the Madras middle class negihborhood I grew up in the 70s where even visits to the liquor shop were broadcast in the gossip drums as fast as word of outh would carry :) I like the Ranvir Shorey again a great actor who does not have many mainstream blockbusters to his name but is great on TV and in movies like those Nandy makes. One difference between Nandy's movies and Mahesh Bhatt another renowned India director are than while the latter makes movies that move you often you may be in tears as the story is always strong. pritihs on the other hadn entertains you. If you like Bollywood movies definitely watch Mallika Sherawat and Ranvir Sheorey in Ugli Aur Pagli.
Posted by Shashi B at 10:57 AM No comments:

Have you heard of Boney M?

I remember asking people in the DC area if they had heard of Boney M a few years ago and got blank stares. On my trip to India I picked up a Boney M CD and I was listening to the songs as I was driving to work and enjoying it a lot. Nostalgia and memories :). I asked the question on Twitter Who here has heard of Boney M? and I was not expecting to get so many responses.

When Boney M toured Bangalore in the 80's they stayed at Hotel Ashok Bangalore where in my previous life I was the chef. I met Bobby Farell and his charming wife Jasmine Farell ( I am pretty sure in my mom's basement I will have some old pics). I think earlier this year Boney M came to Bangalore again to perform live so they still have a fan following in India.

I even got a link to this funny video that had me laughing.